The GenHydro technology is the first of its kind to see commercialization. This means that there isn’t a lot of familiarity with our approach to green hydrogen and renewable energy production, so here we take the time to go deeper into how it all works from the science, the engineering, and the business model.

Reactive Metals – What are they and what do they have to do with hydrogen and heat?

Key to GenHydro’s approach is a series of elements known as reactive metals. The primary metal we use is aluminum, but other metals are either just as or even more reactive than aluminum. In the periodic table, there is a spectrum of reactive and unreactive elements. What this means is that some elements tend to want to “react” or form compounds, while other elements are less reactive or don’t easily form compounds. An example of a highly reactive element would be sodium. Sodium is never found in nature on its own, and the reason for that is because sodium wants to bond with so many other elements that it is always found in a compound form, like sodium chloride, which is what we use for table salt. An example of a non-reactive element is gold, which is why metallic gold can be found in nature in its metallic form because it doesn’t readily react with other elements that it may into contact with. A group of non-reactive metals are known as “noble metals,” among which are gold, silver, platinum, and a few others. The most reactive metals are known as alkali metals, the most familiar of which are sodium, potassium, and lithium. Alkali metals are never found in nature in metallic form because of their high reactivity, and it is quite difficult to get these into metallic form. 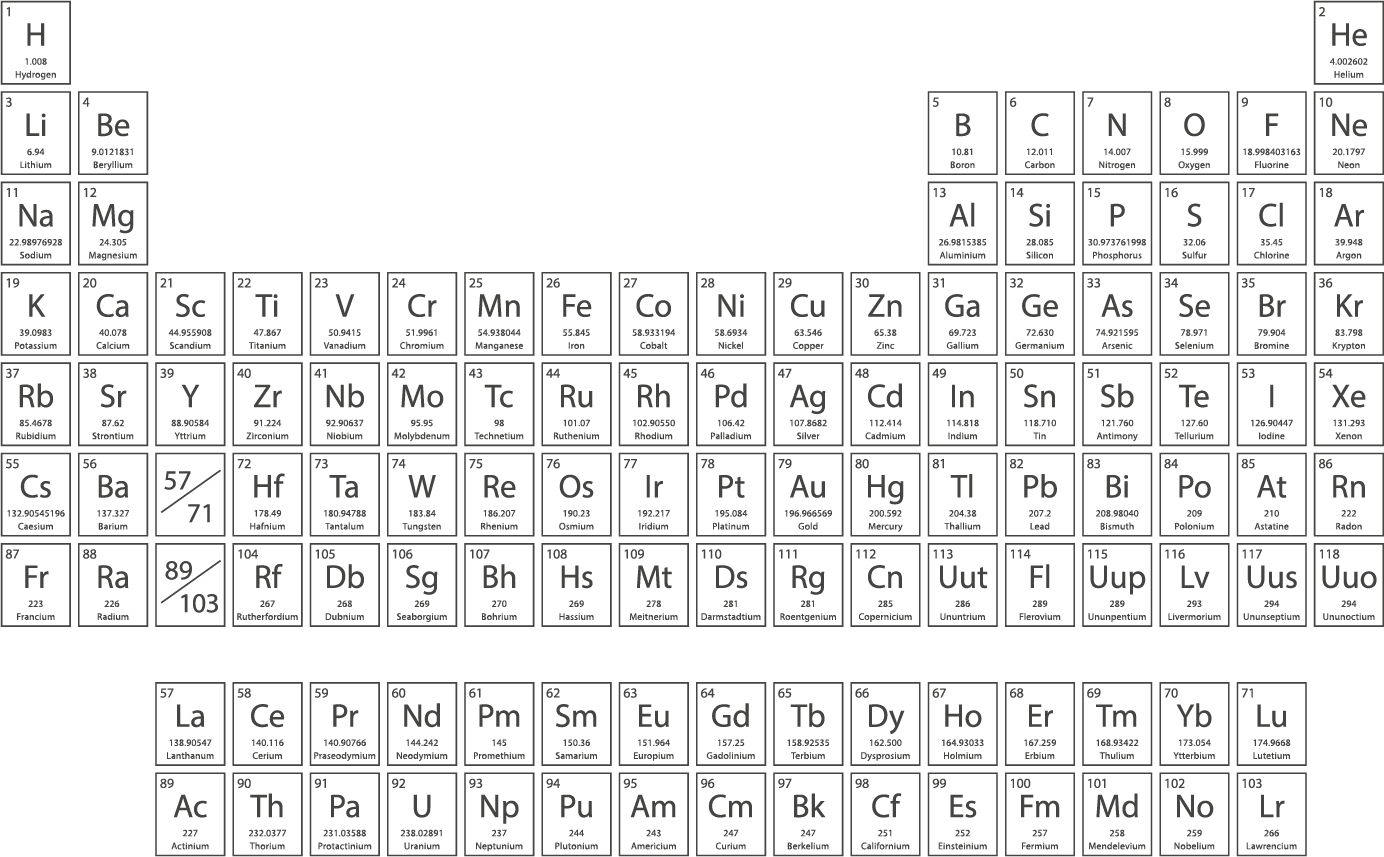 Aluminum is found naturally as aluminum hydroxide, predominantly in a type of rock known as bauxite. Once separated from the bauxite rock the aluminum hydroxide is calcined (heated) at very high temperatures to remove the hydroxide ion, leaving high-purity aluminum oxide. The final step to getting aluminum metal is known as "electrolysis," which removes the oxygen leaving behind molten aluminum that is then formed into various shapes and sizes. Once in metallic form, aluminum can be recycled an unlimited number of times, but a lot of aluminum ends up out of this circular stream, and that's the aluminum that GenHydro makes use of for producing hydrogen, electricity, and other products.

Silicon is found in nature mostly as silicon oxide. Whether it be sand on the beach or glass, silicon oxide is indispensable to our daily lives. Silicon metal is made from quartz; a rock with a high silicon oxide content. The quartz is placed in a very high-heat furnace in the presence of an anode that helps separate the oxygen from the silicon, leaving behind pure silicon metal.

Magnesium is found in nature in multiple forms, but the primary form used for metal production is magnesium chloride. This is a salt that can be sourced from the ocean and is practically unlimited in its availability. Magnesium is separated from its compound form by means of electrolysis. Magnesium, and some other reactive metals, has some advantages over lithium and is seen as one of the potential alternatives to lithium when it comes to manufacturing rechargeable batteries.

Calcium is most commonly found in limestone as calcium carbonate, which can be heated to the point of getting calcium oxide, but this releases the carbon in the form of carbon dioxide. This is primarily used for cement production, which has very high CO2 emissions. Since calcium is highly reactive it is difficult to obtain and keep in a metallic form. Once a metal, calcium will readily react with many chemicals, but especially with oxygen or water, which results in a violent reaction. Calcium is so reactive that even as an oxide it will react with water, which is why water is added to cement, as this causes a crystallization process that gives cement its strong binding capabilities.

Sodium is most commonly found in nature as various salts, the most familiar of which is sodium chloride, which is used as table salt. Since sodium is a highly reactive metal it is very difficult to separate sodium from other elements to get pure sodium metal. Once in a metallic state, sodium will easily react with oxygen, water, chlorine, and other elements, returning to some form of salt. Sodium is being explored as a potential alternative to lithium in batteries since it is much more abundant than lithium and easy to source.

Potassium is most abundantly found in nature in a mineral salt called "potash," which is also where potassium gets its name. The most common use for potassium is as potassium chloride, a vital ingredient to plant fertilizers. When potassium is isolated from other elements it takes a metallic state, which is highly reactive with oxygen, water, chlorine, and other elements.

Lithium is found in nature as lithium carbonate, most commonly in mineral springs where the lithium carbonate can be extracted. Lithium is most commonly known for its use in lithium-ion batteries, which are used for cell phones, laptops, electric vehicles, and more. Since lithium metal is so reactive, it isn't used in its pure state for battery applications, but instead is used as a metal oxide compound such as lithium cobalt oxide. While lithium-ion batteries have been a technology revolution unto themselves, lithium mining can be damaging to the environment, and so methods for mining lithium that are safer are being explored, as well as alternatives to lithium that are more abundant and easier to mine.

Iron is one of the most ubiquitous metals on earth, and actually makes up the majority of Earth's molten core. In nature, iron is commonly found as various forms of iron oxide, the most common being hematite and magnetite. As a primary ingredient for steel, iron is mined in billions of tons every year. The reactivity of iron is commonly witnessed on items made from carbon steel that has started to rust, as iron readily reacts with oxygen or water. "Rust" is a common term used to describe iron oxide.

The most abundant element on earth is oxygen. Oxygen also happens to be a highly reactive element. Put oxygen and a reactive metal in a room together and they will form a practically inseparable bond. The compounds formed by these bonds are known as “oxides.” When it is a metal bonding with oxygen then the compound is called a “metal oxide.” However, most metals won’t form an oxide all the way through, but will instead form an oxide layer on the surface of the metal that sometimes can grow to overtake the entire metal over time, like how a little bit of rust on a steel or iron part can eventually overtake the entire part, but this can take years or even decades to happen.

Well, what about the oxygen in H2O? Great question! Reactive metals will actually take the oxygen from water molecules, which means that you end up left with just H2 aka hydrogen gas. All you have to do is make a way for water to get beneath the oxidized surface of the metal, and the metal that isn’t oxidized yet will take the oxygen from the water, setting the hydrogen free. That is a little bit easier said than done however, as the oxidized layer on the metals surface isn’t very easy to get around. This requires some energy, and a chemical assist. The GenHydro reactor system functions at very high temperature and high pressure, providing enough of what is called the “activation energy” which is the energy required to get a chemical reaction going. We also add in a chemical “promoter” which assists in removing the metal oxide layer on the surface, so that the yet unreacted metal underneath can be exposed to H2O and get us the hydrogen we are after.

You may have noticed that there is no carbon in the mix, which means no CO2 emissions whatsoever. This hydrogen is completely carbon-free!